Manderley > BLOG > In the Community > Put Down the Device! It’s Time to Get Back Outside!

Put Down the Device! It’s Time to Get Back Outside! 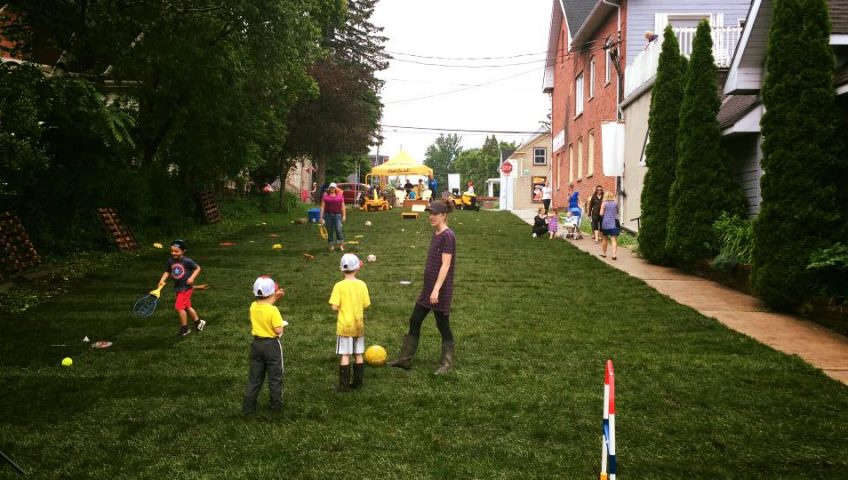 Did you know that for the first time in more than a century, children are expected to have a shorter lifespan than their parents? It’s a sobering thought. Today, only one in three kids are physically active every day and children now spend upwards of seven hours a day in front of a screen whether it be TV, video games, a computer or a tablet. Unhealthy diets, too much screen time and other factors from the hustle and bustle of modern life are contributing to less active lifestyle among children in North America. Now is the time more than ever to encourage kids, and hey even adults, to get back outside and play! 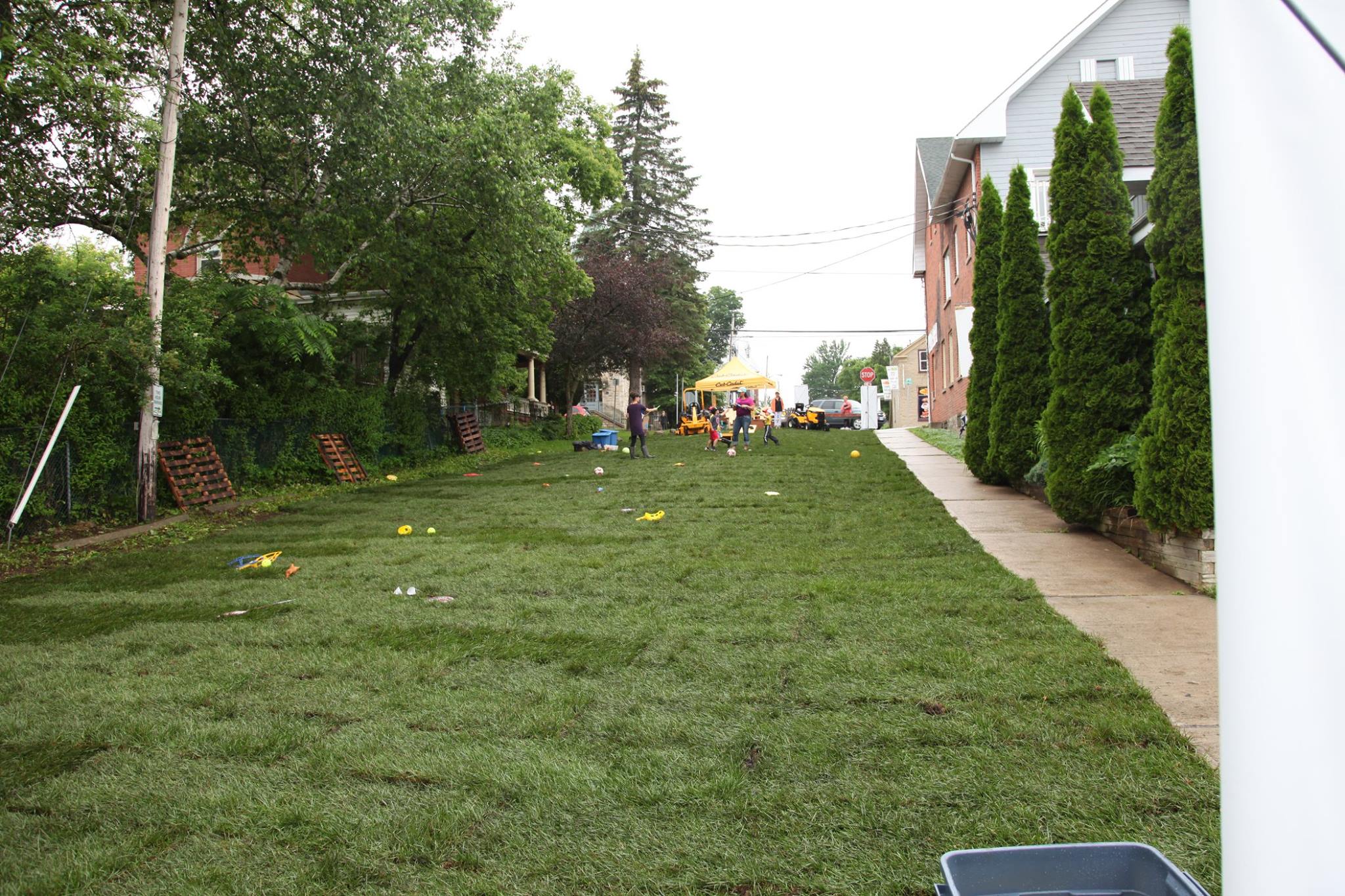 Come Alive Outside is a non-profit organization that works with the landscape industry to affect change in our communities and promote higher levels of activity. One of the ways they’re doing this is by creating pop-up parks on the streets all across North America.

Manderley took part in our first Green Street Challenge in Westport, Ontario on June 30th. As a kick off to the Canada Day long weekend, 4,500 square feet of Manderley Less Water Sod was used to transform Fetch Murphy Way into a beautiful, functional space for the children of Westport and their families to enjoy the day. Not even the rain could stop us and the community from playing outside at the pop up park. 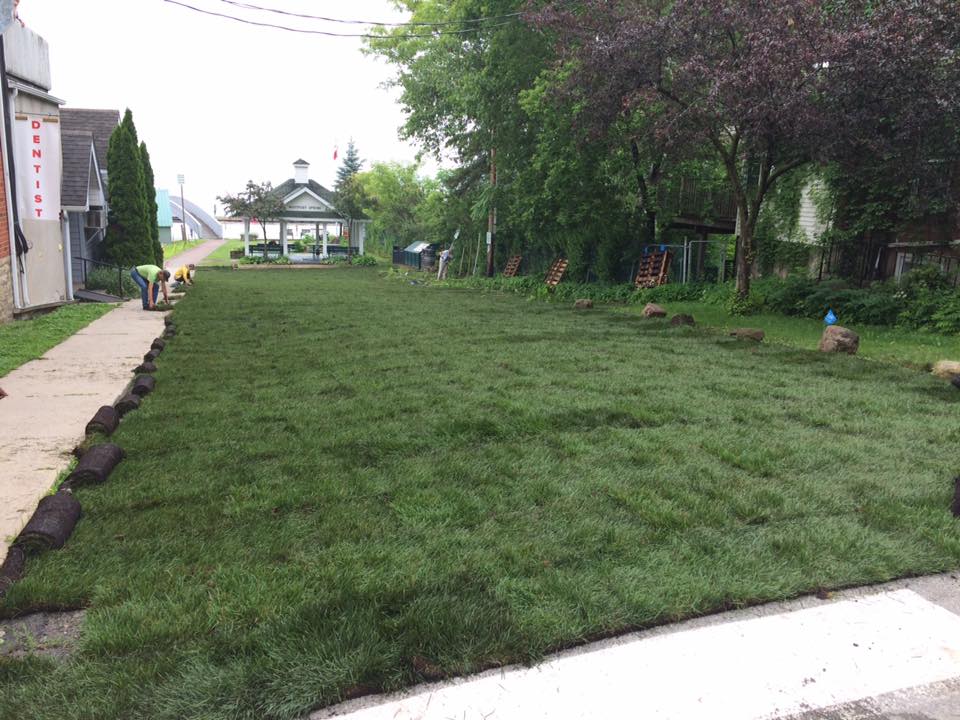 Volunteers were on hand to lead games and provide tips on how to make positive changes in their lifestyles. These events promote healthy levels of activity and the beauty of unstructured play. They’re a fantastic way to get outdoors and experience the benefits of being outside which can include healthier immune systems, improved eye health, improved sleep, increased physical activity and psychological benefits such as reduced stress levels and increased attention span. Water balloons, soccer and a smoothie bike (yes, a bicycle where you can blend your own smoothie) were among the fan favourite activities on the day that proved to be a first step towards achieving just that, a more active lifestyle. 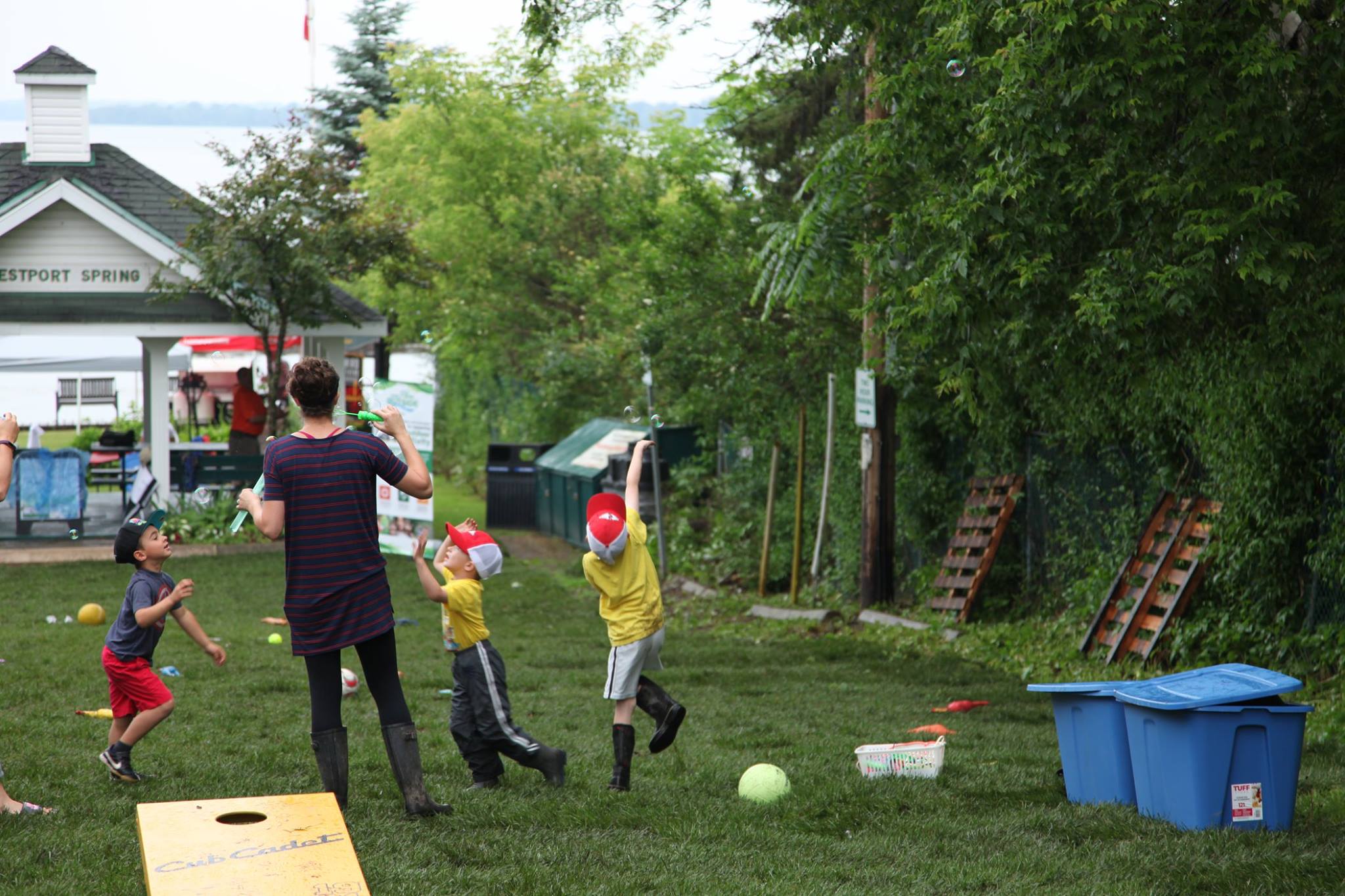 We’re so happy to have been able to contribute to such a fantastic event and look forward to partnering with our friends at Come Alive Outside again in Calgary and Edmonton later this summer. 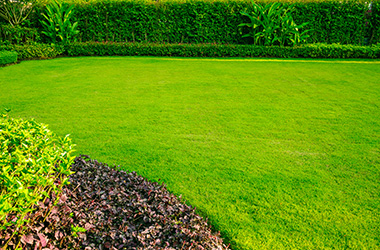